7 Signs You Need to Detox

By now you’ve likely heard how detoxifying your body can have tremendous health benefits. It’s true. A detox can help your body get rid of harmful toxins like pesticides, heavy metals, and volatile organic compounds. Important signs you need to detox.

This is essential for your body, because under normal circumstances, these toxins slowly build up in your tissues. If you don’t detoxify regularly, toxins can build up to the point where they cause some serious health problems.

To avoid these issues down the road, here’s a list of warning signs that your body is in desperate need of detoxification.

Signs You Need to Detox

Constant fatigue is miserable to deal with. It affects nearly every aspect of your life. And if your fatigue is caused by accumulated toxins in your body, the standard fatigue fixes won’t do anything.

No matter how much coffee you drink or sleep you get, you will still feel completely drained. Which makes sense: if you’re not addressing the root cause of your fatigue, it will persist.

Fortunately, there’s some good news. Evidence suggests that if you detoxify your body, you could significantly improve your energy levels.

One case study, for example, found improvements in energy levels when mercury was detoxified from the body. Other evidence strongly suggests that toxins (such as pesticides) can induce mind-numbing fatigue.

That means getting rid of the toxins in your body may be an effective way to finally win your war against fatigue.

If there are too many toxins in your tissues, it can also result in autoimmune problems. In other words, your immune system attacks your body. It is one of the important signs you need to detox.

Acute autoimmune issues can cause symptoms such as:

Evidence suggests that heavy metals such as cadmium and mercury can trigger autoimmune reactions in the body.

Another study, revealed that pesticides can increase the risk of autoimmune diseases such as lupus and rheumatoid arthritis.

So, if you have the symptoms of an immune system that’s going haywire (autoimmune), then you may want to consider a detox.

Another common sign your body has too many built-up toxins is skin complications. This includes breakouts, dry skin, rashes, and itchy patches.

All of which are frustrating to deal with and can seriously affect self-esteem.

Skin issues are a big red flag that toxins are causing your body harm. That’s because your skin is one of the first things to reveal that something is going wrong in your body.

And since skin issues can be also caused by autoimmune or gut problems, it’s definitely a good idea to eat skin-healthy foods along with a detox.

Have you noticed that your ability to focus was much better in the past? Or maybe you just can’t seem to focus, no matter what you do.

It could be that toxins are sabotaging your concentration.

In fact, scientists have found that just a low-level of pesticide exposure can significantly decrease your ability to concentrate and impair your general cognitive functioning.

Other studies suggest that various pharmaceutical drugs can result in brain fog or cognitive decline. A solid detox strategy can help your liver deal with these focus-destroying toxins.

Headaches are a bit like fatigue in the sense that they’re a symptom of numerous health problems.

But if you’ve ruled out other common causes such as muscle tension from poor posture or food sensitivities, it’s possible that your headaches could be caused by toxins.

The sad part is, it’s more common than you may think. One study in Turkey, for example, found that people who have higher levels of heavy metals in their body experience significantly more headaches and migraines.

It’s not just heavy metals either.

According to the Penn State College of Agricultural Sciences, headaches can also be caused by over 12 different commonly used pesticides.

Perhaps the most surprising signs you need to detox is if you have trouble losing weight.

Of course, there’s no denying that your gut bacteria, lifestyle choices, and eating habits have a lot to do with weight problems.

But if you’ve taken the steps to do whatever you can to lose weight and still had no luck, you may want to consider a detox.

Many toxins are in fact obesogens, that is, they add to weight gain.

It’s estimated that 50-70 million Americans have trouble sleeping. And it’s only getting worse.

Part of the reason is using electronics, watching TV or eating before bed. But there’s increasing evidence that toxins could be a part of the problem.

According to the National Organization for Rare Disorders, when heavy metals such as lead or mercury build up in the body, it can make it difficult to sleep (insomnia). So, if you follow good sleep habits, detoxification could be the extra step to help get a restful sleep.

You can check out our juice cleanse plans for detoxifying at home.

FIND OUT THE BEST
DETOX PLAN FOR YOU

And discover why so many people have chosen SoFlo Detox

To help keep your waistline slim, your heart happy, and your...

WHO WILL DETOXING WORK FOR?

DETOXING WILL WORK FOR SOMEONE WHO: Is tired and lacking energy...

You may have heard of “detoxing your body.” But have you... 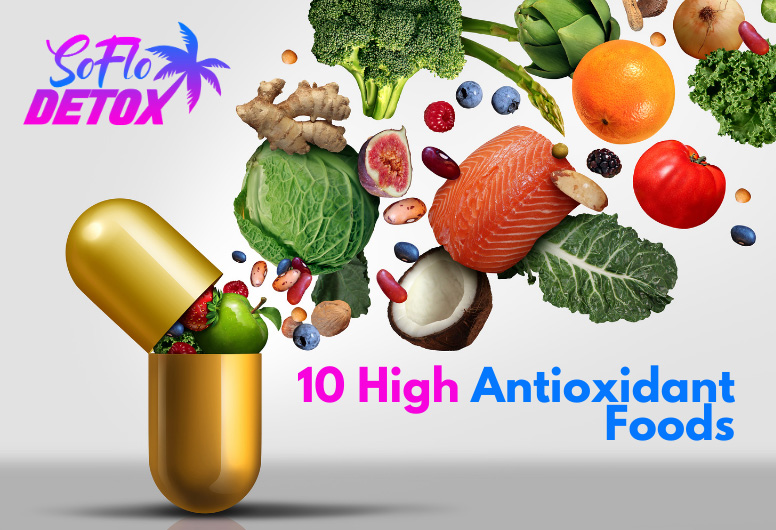 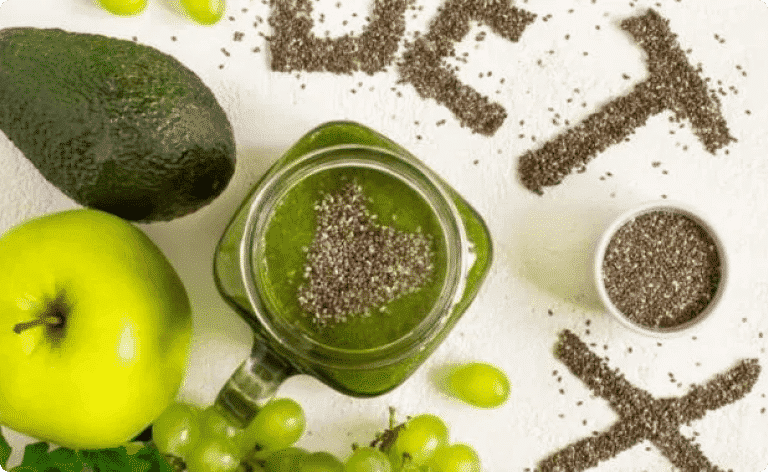 WHO WILL DETOXING WORK FOR? 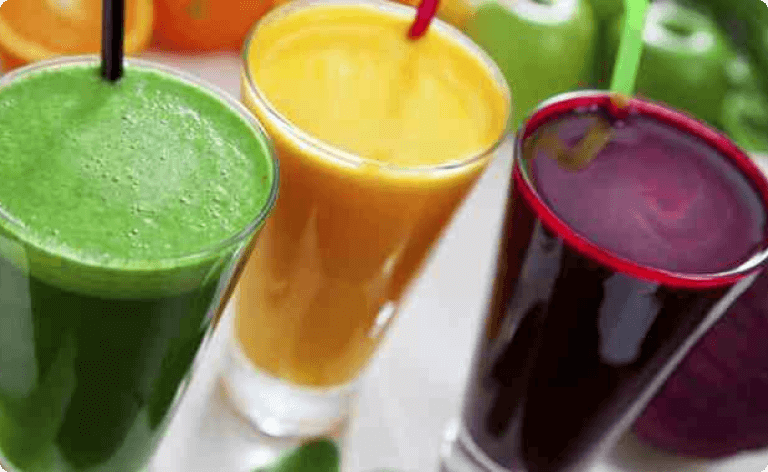 7 Signs You Need to Detox 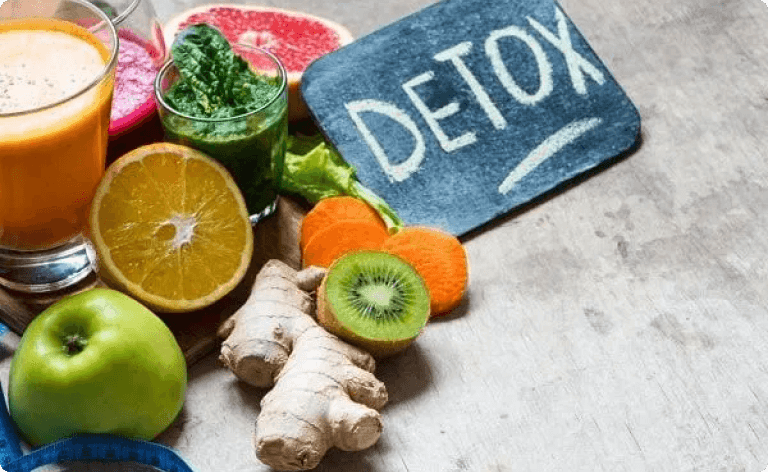 What Others Say
About Soflo Detox

As a personal experience I can say that I feel incredible! During the detox process I did not feel hungry, no headache, not exhausted, on the contrary I feel like my body thanked me for going through this process! I lost 5lbs in 3 days & no longer feel my stomach bloated! The taste of drinks? Delicious! After an amazing experience with @soflodetox I highly recommend SoFlo Detox!

What Are You Waiting For?!

Pick a SoFlo Detox Plan and
Join Us on this Delicious Detox Journey!

*DISCLAIMER: THE INFORMATION ON THIS SITE IS PROVIDED AS AN INFORMATION RESOURCE ONLY AND IS NOT TO BE USED OR RELIED ON FOR ANY DIAGNOSTIC OR TREATMENT PURPOSES. THIS INFORMATION IS NOT INTENDED TO BE PATIENT EDUCATION, DOES NOT CREATE ANY PATIENT-PHYSICIAN RELATIONSHIP, AND SHOULD NOT BE USED AS A SUBSTITUTE FOR PROFESSIONAL DIAGNOSIS AND TREATMENT. RESULTS MAY VARY FROM PERSON TO PERSON.